Once a day milking 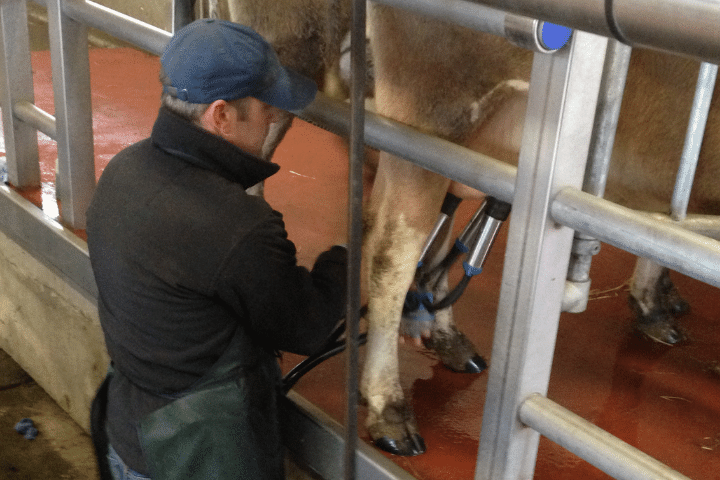 Like most farms worldwide, Airfield used to milk dairy cattle twice a day. Our farm team are always on the lookout for smarter ways to farm, and when Brian Farrell took over as Head Farmer, he decided to try something new.

“We now only milk once a day, in the mornings,” says Brian. “We do get less milk, but we’ve seen a whole host of benefits along with that.”

Today, only about 200 farms in Ireland use once-a-day (OAD) milking schedules, but that number is growing. The reasons to be cautious are clear. It is true that less milking results in less milk. However, the drop isn’t as significant as you might think- more on this in a moment.

What about the reasons for OAD?

Less labour suits our farmers – they can milk the cows each morning, then get on with other jobs on – or off-site without needing to be back at a specific time in the evening. From an animal welfare perspective, reducing the movement and production strain of our animals is a positive.

Saving water and energy are of particular interest to staff in Airfield Estate. As part of our carbon neutral journey, a change that cuts the amount of water and energy to clean and operate our milking parlour in half was attractive.

As a highly nutritious product, milk quickly attracts bacteria and turns sour (as anyone who has left a carton out overnight knows). A lot of water is needed to clean the machine after each milking. OAD milking saves us over 109,500 litres of water each year! 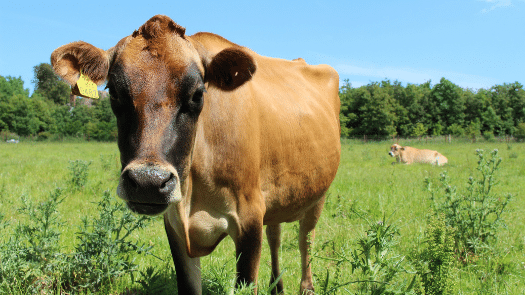 Back to the question of milk yields: Labour and resource were halved once we switched to OAD, while milk yield was reduced by only about 20%. Milk solids (fats and proteins) dropped even less, as the milk that was produced was more nutrient-dense.

“Every farm is different,” Brian says. “With our priorities and schedules being what they are, OAD works for us. I don’t see us going back.” 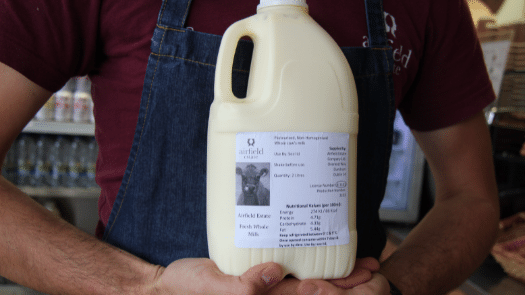 You can purchase the fresh Jersey milk from Airfield Estate in the Farm shop located at the entrance to the estate.

You may also love